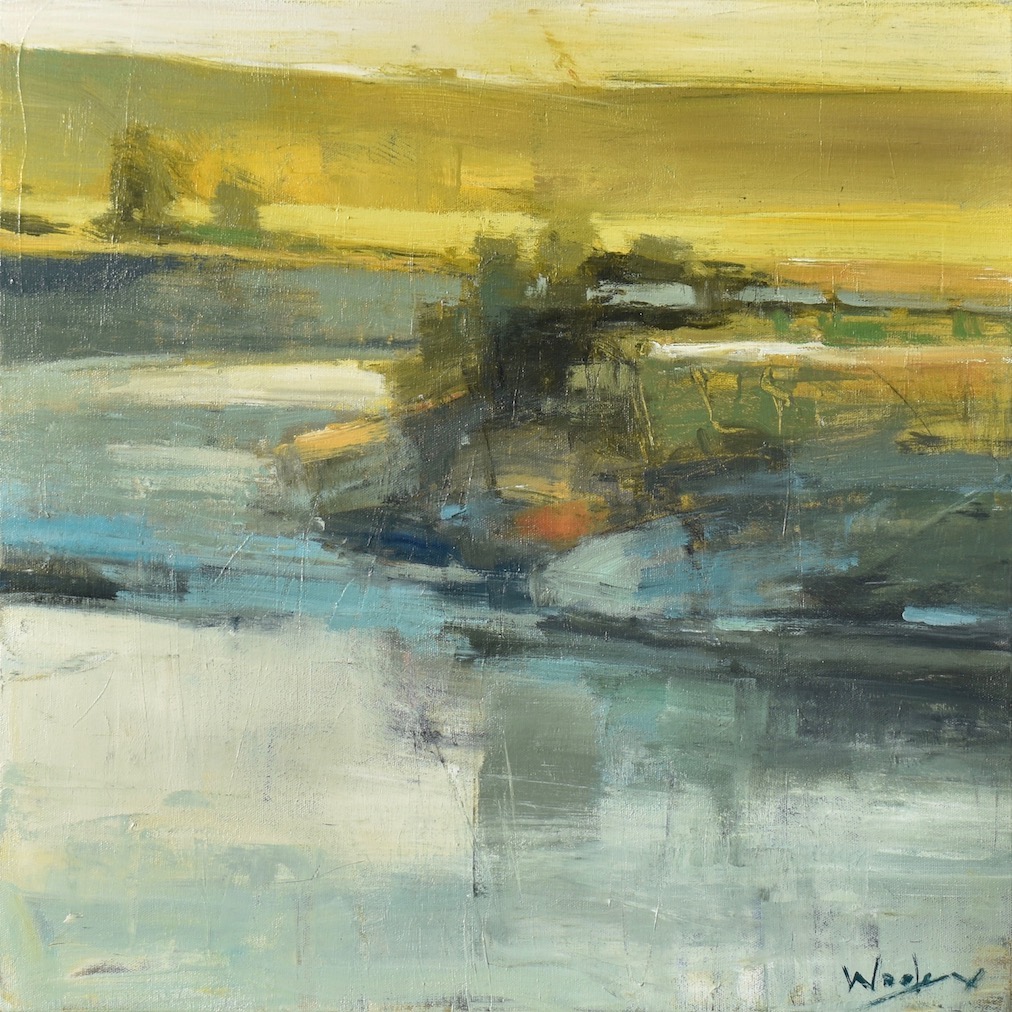 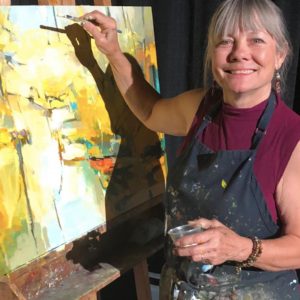 My artistic vision is being continuously refreshed, using visual language growingly unconstrained by the elements of realism. By abstracting the landscape and thus conveying the essence of a place or an idea of the subject matter being depicted, I strive to breathe energy into each piece by rendering forms and shapes with a sense of effortless spontaneity, while my use of colour becomes the key instrument in creating mood and evoking emotion.

Born in Saskatoon, Saskatchewan in 1955 and growing up in Calgary, Susan Woolgar developed an interest in the arts at a very young age, and knew she wanted to pursue an artistic career by the time she entered high school.

Upon graduating from the Alberta College of Art in 1977 with a Diploma of Applied Arts, Susan embarked on a career in visual communications. Having proven her expertise and established her reputation working and freelancing as a Designer / Illustrator for various Calgary firms, Susan soon realized she was destined to create her own art.

Once immersed in Calgary’s fine art community, she began to draw inspiration from nature. Surrounded by the spectacular  landscapes of Alberta and influenced by the natural beauty of other parts of Canada, Susan’s works in pastel, acrylic and mix media depict internalized expressions of myriad locations, from those recognized as iconic to the hidden gems uncovered in the most humble of places.

In developing a style unfettered by the confounds of realism and characterized by the strong designs, beautiful textures and a soft palette punctuated with brilliant splashes of colour, Susan Woolgar created her own brand of visual poetry and carved out a place of distinction on the Canadian arts scene.

In addition to creating her own work, Susan also generously shares her knowledge through her workshops that focus on “Abstracting the Landscape” and that have taken her on teaching assignments throughout Alberta, British Columbia and recently also to Luisiana.  Although she has been primarily focusing on acrylic medium, her classes range from instruction in watercolour and pastel to mixed media and print making.

Influenced by the works of the 20th century Abstract Expressionists and inspired by nature, Susan Woolgar believes that she will always be adapting her style, as she welcomes and views each new challenge as the opportunity to push the boundaries of her creative expression.

A full time artist since 1982, Susan Woolgar is a signature member of the Society of Alberta Artists. She is represented by a number of galleries across the country.  Aquamaris Art Gallery is pleased and honoured to represent her on Vancouver Island. 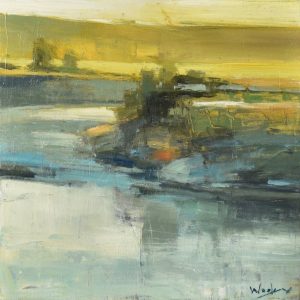 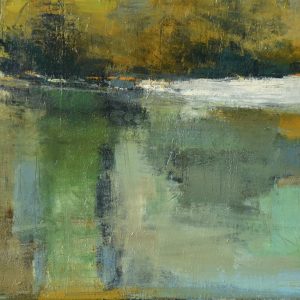 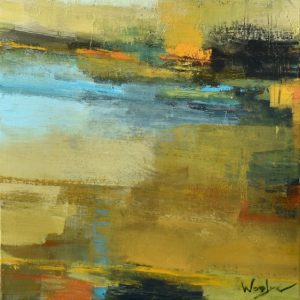 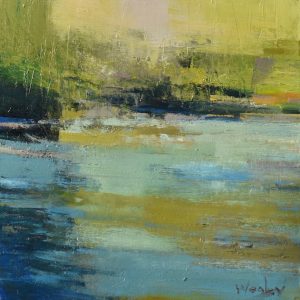 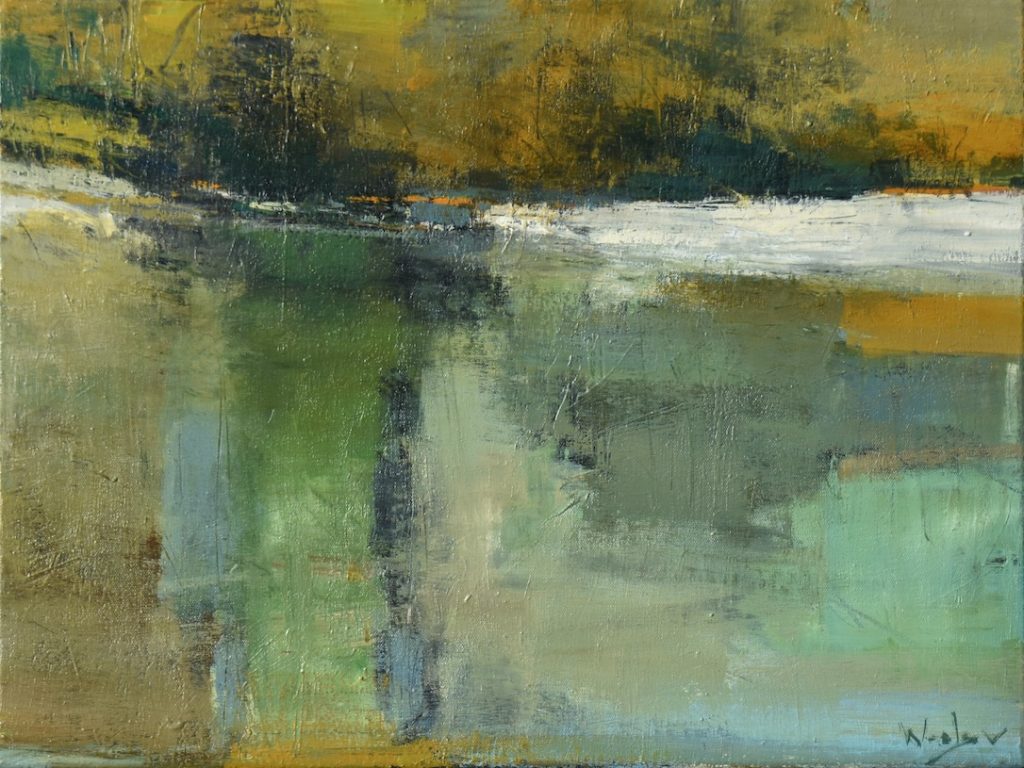 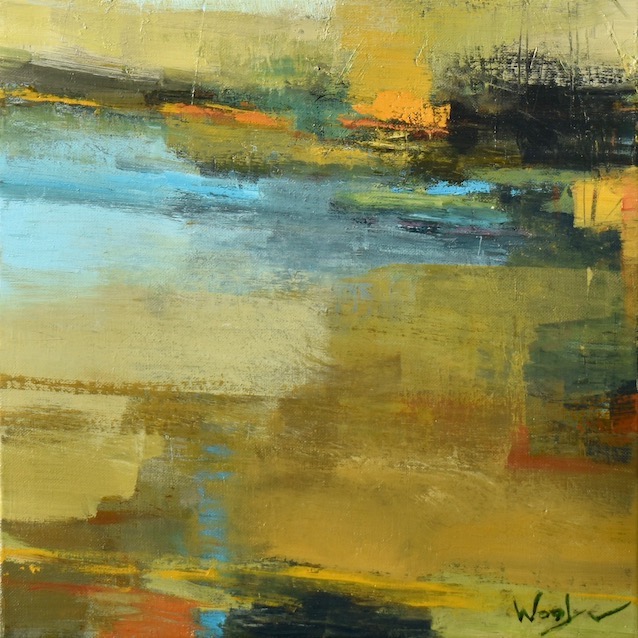 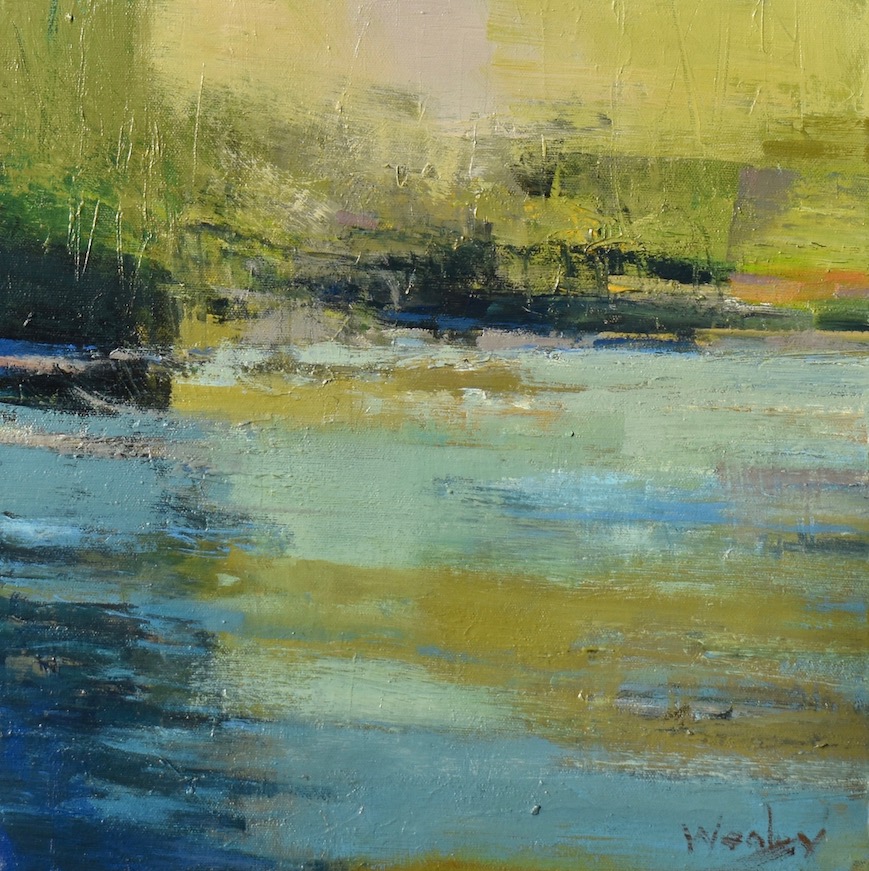